2018 Year in Review: The Year of making it real to deliver Big Data, Database and AI/ML as a Service on Kubernetes 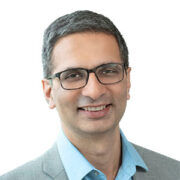 The power of Kubernetes had previously been limited to running the full stack of the Stateless applications across the complete development, deployment and production lifecycle.

In 2018, the problem increasingly became apparent across the industry as some of the world’s largest enterprises sought to find better solutions to deploy and manage Stateful applications and workloads using containers and Kubernetes.  Robin and CIO.com conducted a survey of 200 C-Level, VP level and IT managers who are using Kubernetes in large enterprises. The survey revealed that 68% of IT managers view improvements are needed and multiple challenges exist when running Stateful workloads on Kubernetes, underscoring the opportunity to improve the experience of IT managers.`

Enter Robin and 2018 was the year of making it real for deploying and managing Stateful applications with 1-Click Simplicity. Robin hyperconverged Platform extends Kubernetes to run stateful applications – by tightly integrating highly performant storage, a flexible network stack with persistent IPs and an application management layer to abstract complexity and enable self-service.

Last year was also one of significant growth for Robin across every area of the company. As we move into 2019, it’s worth celebrating this growth by looking back at 2018 in review and its major highlights. Here are most noteworthy.