Should you run databases on OpenShift? Absolutely! Here’s why 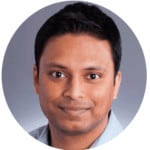 Enterprises are rapidly moving to containers to develop and run their applications.
Containers may themselves be simple technology, but as hundreds of applications are containerized into microservices across an enterprise, thousands of containers are being created and deployed. The resulting complexity demands a simpler way to manage a large number of containers, giving rise to the need for container orchestration and management platforms.

Kubernetes has emerged as the standard platform for container orchestration. Kubernetes (K8s) is an open-source system for automating deployment, scaling, and management of containerized applications. Although extremely popular, Kubernetes has a steep learning curve and can prove challenging to manage at enterprise scale. This is where customers are turning to enterprise-ready Kubernetes platforms such as OpenShift. Red Hat OpenShift is an enterprise-ready Kubernetes container platform with full-stack automated operations to manage hybrid cloud and multi-cloud deployments.

In a recent business value study, IDC discovered that OpenShift customers are experiencing 66% faster development cycles, 35% less involvement from IT staff, and 38% lower IT infrastructure costs. The average 5-year ROI on OpenShift is a whopping 531%! And yet, we believe these benefits can improve further. The benefits and ROI mostly result from running stateless applications on OpenShift, with many stateful applications, such as databases, left out to run on legacy infrastructure. What if you could run databases on OpenShift?

Owing to the early days of thought leadership around containers, many developers and architects still believe containers and Kubernetes are strictly for “stateless” applications, and “stateful” applications such as databases should continue running on old-school infrastructure. The “stateless vs. stateful” debate has raged on for years and muddied the water for containerization of data-intensive applications. But an “application” is never made up of just stateless components. Even a so-called stateless application depends on state which is either coming over the network or data that is stored in a persistent database and big data platforms.

The mindshare is slowly shifting though, with many architects exploring the possibility of running databases on Kubernetes and Openshift. In a recent market pulse survey conducted by Robin.io and CIO.com, 93% of the respondents believed Kubernetes to be a viable platform for stateful applications. The desire to standardize on a single platform also stems from the fact that creating infrastructure silos based on application types results in higher cost and inefficient use of resources.

Using OpenShift with a data management operator such as Robin.io, you can automate the end-to-end database provisioning process and day-2 operations such as scaling, backups, snapshots, and clones. The operations are fully automated and take only a few minutes. Developers also benefit from improved collaboration for dev/test refreshes of databases, by cloning and sharing databases across teams. Getting a Dev/Test refresh of a database only takes a few minutes and is completely self-service.

Free DBAs and IT to Focus on Strategic Improvements

Without OpenShift and Robin.io, deploying a database may involve many steps taken by multiple departments including provisioning new servers, setting up network interfaces, setting up storage, DNS updates, installing grid, database etc. These tasks take a lot of time and effort in planning, coordination, and execution from multiple teams such as sysadmin, storage admin, network admin and DBA’s. Using Robin + OpenShift, we can radically simplify the database provisioning and management effort by enabling single command operations that will abstract all the effort mentioned above. DBAs and IT teams can now focus on solving strategic problems for the business instead of being dragged down by mechanical tasks.

As a result of improved productivity across development and IT, you will witness significant growth in the number of new applications, new features, and customer issues resolved per year. Your customers will notice the difference in your speed of response, and needless to say they will grow to trust you more.

Get the Most Out of Your Hardware

You can easily move apps+data, between on-prem and multiple clouds. Enjoy cost-efficiencies of hybrid cloud by choosing the most economic infrastructure at any given point. Avoid infrastructure lock-in with the flexibility to run your applications where you want.

To conclude, you can maximize the agility and cost benefits of OpenShift by bringing databases to the same platform you trust to run your stateless applications. If you want to learn more, here’s how you can get started by deploying PostgreSQL on OpenShift.