How to Snapshot a Postgres Helm Release on GKE 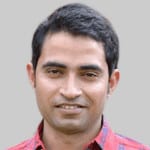 In this tutorial, we will create a snapshot of the PostgreSQL database that has been deployed on Google Kubernetes Engine (GKE). We will then restore the database state using the roll back to a point-in-time snapshot feature.

Before starting with this tutorial, make sure Robin Storage is installed on GKE, and your PostgreSQL database is deployed, has data loaded in it, and the Helm release is registered with Robin.

Creating a snapshot of the PostgreSQL Helm Release

Let’s verify we have successfully created the snapshot.

We now have a snapshot of our entire database with information of all 9 movies.

Let us simulate a user error by deleting a movie from the “movies” table.

Let us verify the movie titled “June 9” has been deleted.

You should see the movie does not exist in the table anymore.

Let’s run the following command to see the available snapshots:

Now, let’s rollback to the point where we had 9 movies, including “June 9”, using the snapshot id displayed above.

We have successfully rolled back to our original state with 9 movies!

This concludes the Snapshot PostgreSQL on GKE tutorial. We can also clone entire PostgreSQL database to improve collaboration across Dev/Test/Ops teams.