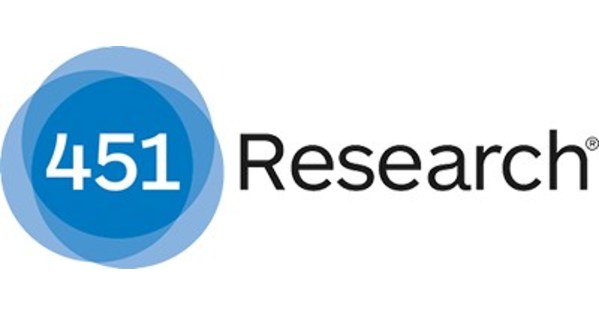 451 Research – Containers: economically, they appear to be a better option than hardware virtualization

Is the hype around containers justified, or are they simply an alternative form of virtual machine? 451 Research believes containers are better placed, at least theoretically, to achieve lower TCO than traditional hardware virtualization. In fact, we have found that double-digit resource savings are achievable even with relatively simple implementations.

By reducing duplication, server resources are freed to be allocated to other requirements. In other words, container technology is likely to more efficiently ‘sweated’ – resources being shared, with the asset used to the fullest – than hardware virtualized counterparts. The asset-sweating stretches beyond just servers – band- width, time, bits, bytes and labor are all likely to be better utilized with containers, according to our research.

THE 45 1 TAKE
Rarely are decisions in IT based purely on cost. Cost is, of course, a factor, but this is balanced against the value achieved for that cost. Virtual machines are unlikely to be as cost-efficient as containers, but they do provide value in other ways (which we’ll cover in a follow-up report). However, the economic advantage of containers suggests they’re not slowing down anytime soon – by their very nature, they have an economic edge over hardware virtualization, and this is likely to be taken advantage of by vendors, providers and end users. Over time, software vendors will seek to improve containers, so their value proposition will only in- crease against virtual machines.

The primary economic benefit of traditional server virtualization is the ‘sweating of assets’ through the consolidation of hardware – it roughly means ‘getting as much use as possible out of what you already possess.’ Originally, one server meant one operating system, typically delivering one workload. Through virtualization, one server can hold multiple op- erating systems, each one operating a logically separated workload. Before virtualization, perhaps just a tiny fraction of the asset (the server and its resources) might be used at any one time. Through virtualization, we can multiplex multiple applications together, so that resources are shared and the asset is fully used.

If a server at a total cost S was previously able to hold just one workload, but can now support n workloads, the cost per workload plummets from S to S/n. If n is 16, a fairly reasonable level of consolidation, that’s a 93% average cost savings per workload. The greater the value of n, the greater the savings. It is clear why virtualization is so commonplace today.

The cloud was the next step up from virtualization, providing the benefits of consolidation with the flexibility of being able to dynamically create and move resources to suit different business requirements. None of this is rocket science, and most in IT have theoretical and practical experience in the subject. But containers have seriously rocked the boat. They’re the new kids on the block, but are they all they’re cracked up to be?

– in the virtualized environment, the server would be running 10 workloads and 10 operating systems.

451 Research – Containers: economically, they appear to be a better option than hardware virtualization